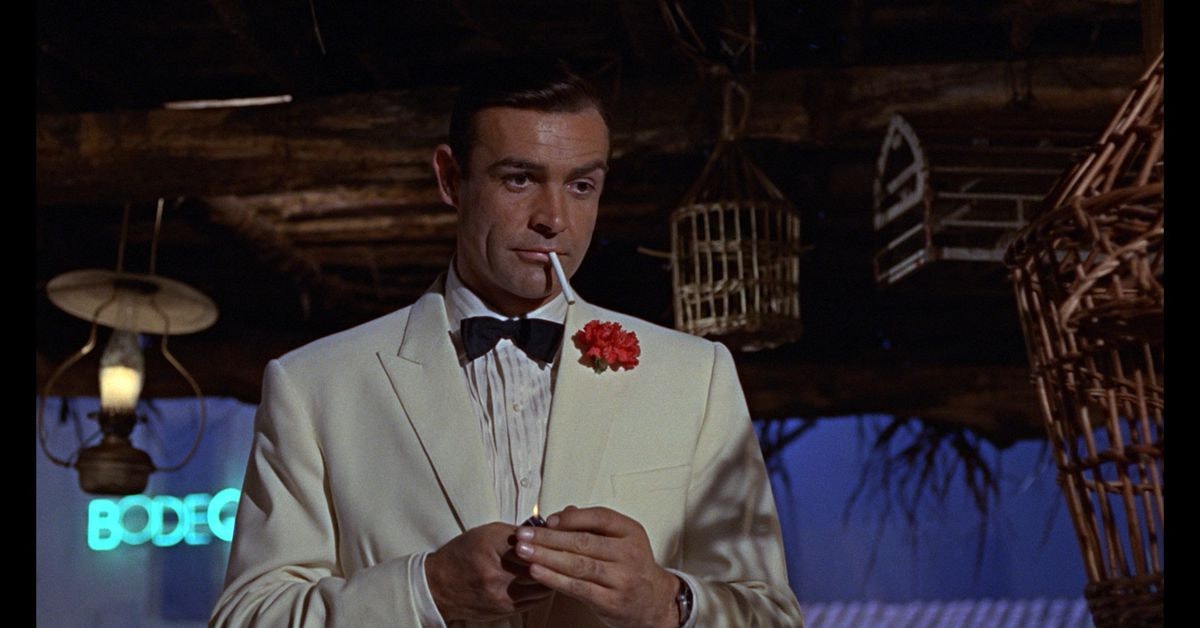 Following the sad news of the passing of Sir Sean Connery we thought it would be apt to revisit an old classic.

We got together to discuss the 1964 classic, and possibly never bettered, Goldfinger.

Not all the Dads are entirely convinced, but Sidey does his level best to convince of of the movie's classic status.

**Apologies to any sound quality aficionados, something went awry in the second half of this episode, but you can still her us in all our glory!

We will return on Friday with our next full installment.

Until then, we remain...

Midweek movie mentioned bonus episode.  in memoriam for Sean Connery. We're going to chat about Goldfinger. So spoilers ahead. If anyone's not seen it. That's just recap. We're all huge bond fans. Are we not all of us here

Dan: Wait which one's the most Okay

Reegs: just a bit what what's my favorite bond movie I do like the Daniel Craig ones Casino Royale is a really really good movie I really liked that

Sidey: Quantum of solace is not

Sidey: I don't think it's that

Reegs: They're just one enormous

Dan: the absolute classics in the bond franchisee he's right But there are some less good ones unless you know for the die hard fans are going to love them all

Sidey: Never say never again It's great It's good to watch to see how badly it

Dan: not the earlier ones The names are remember it's parts of it Like there was the in st Louis that there in the beginning of the film and there's a funeral

Reegs: the one with the crocodiles and

Sidey: Barren Sandy and all that

Dan: And and w

Dan: you know laser watches and all that kind of thing that I loved all

Howie: all of that all of those gimmicks that gadgets they all STEM from

Sidey: They do Cause you had your doctor know first but that didn't really that just had the introduction to the Walther PPK where he had to give his Beretta up And start using that So that's the iconic gun but it doesn't have the Q branch really it doesn't have all the all that side of

Howie: Does it have the Aston Martin or they think

Reegs: I would just not even talking about the film it's just but

Sidey: but Goldfinger said this is the one where all other bond films will be judged And the plot is essentially that they are concerned It's quite nerdy kind of plot back concerned that someone is manipulating the price of gold is is it rarely And so they sent bond to investigate this guy because they think it's they already kind of know that it's Goldfinger

Sidey: Orrick So a few they're clever

Dan: is this a pusher

Sidey: Yes sir But they they kind of know that it's Goldfinger is somehow smuggling gold around and manipulating things but they don't know quite how to do it So they send bond out to investigate him So the first sort of interaction is like he's at the some

Howie: He's paying gen Rami on the by the poll

Sidey: ship or is it just a resort

Howie: I think it's a resort Yeah

Sidey: he meets that his girl I can't know if it's golfing his helper or whatever it is And she's looking at the cards And telling Goldfinger what the other people have got And so Bon gets on the radio and tells him he's got to lose or he's going to be blackmailers and basically forces him to lose the game and lose face voters People say he's fucking raging And that is where you get the the iconic it's Jill Masterson is the character and she's covered in the gold when she comes back Yeah well she she suffocates skin and

Reegs: in that gold paint Yeah

Howie: Yeah Which is copied in one of the Daniel Craig ones she's covered in oil Gemma Arterton

Sidey: That was quantum solace terrible It's not great That one after that they follow him now and he goes they have a game of golf

Howie: where you meet the first of the genre of bond villains sidekicks South Korea not job

Reegs: Okay This is a good one To be fair This has got loads of the memories that I can Yeah

Sidey: Harold Sakata after that he was a weightlifter I think or some some sore And

Sidey: that's the outset and he went on to have a bit of a career in film where he but he would he was credited in the films Is Harold Or job obviously left this one down And so they have this ludicrous game of golf where we're led to believe that that golfing can actually play golf and he cheats it that says cheating at cards is cheered at golf He's a real he's a real piece of work And I tell him at this point no it's not It's a bit late Ron but effectively he is melting down gold And putting it as parts in his car and that's how it's getting smuggled around

Reegs: solid plan I had no drawbacks to that

Sidey: really bizarre but the real crux of his plan is to go to Fort Knox kill everyone at Fort Knox

Sidey: a D and then detonate a dirty bomb on all

Sidey: yeah A dirty protest at Fort Knox And

Sidey: going to basically render all of that gold Unusable and

Reegs: And then he's got all the

Sidey: that a heat that has all the

Howie: he's working with the Chinese as

Sidey: Well there's there's initially there's some sort of thing with the mafia but he has them all killed And then it's just him

Howie: Thank you I forgot that they've got a giant model It's amazing bit of modeling total pointless bond villain someone must've spent fucking years building this one one and 14 scale model That's like rip the circumference of the whole fucking room

Sidey: It's got the the brilliant bit of bond gain captured strapped to the table with the laser It's the first type of laser has ever been in a film and it's edging its way towards his bollix and he kept the line of you know do you expect me to talk And he said no mr Bond I expect you to die It's really good And it's done brilliantly again in the Simpsons with a Hank Scorpio Yeah It's really good and and you've got pussy galore

Howie: with the female aeronautical

Reegs: on a on a black

Sidey: on a man