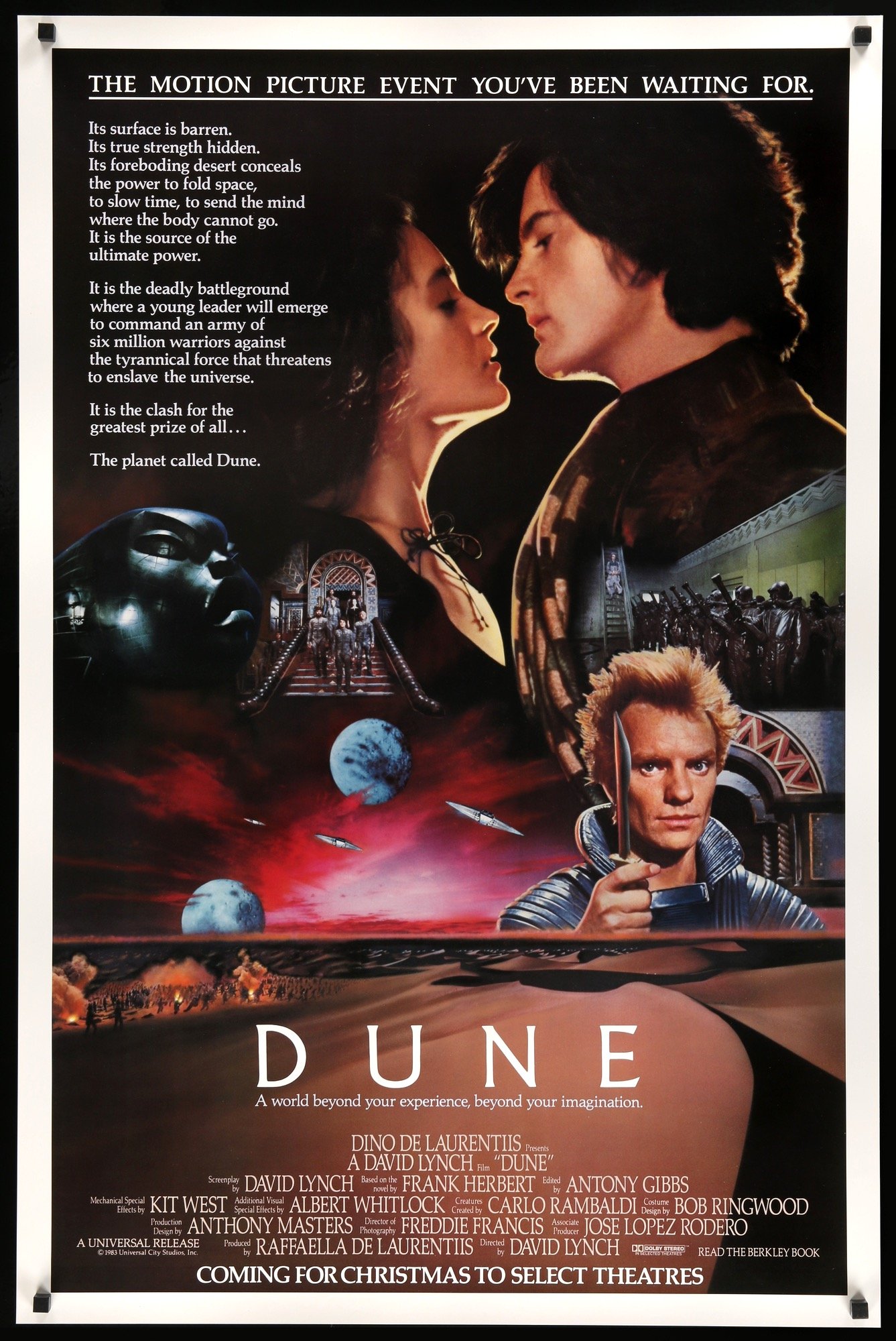 Well, this has sat dormant in my viewing history. A must see sci fi. A film said to me by the knowing that I should watch. To fully appreciate the journey film, set design, visual effects have made, I must see this film. The soundstage by Brian Eno - Woe I thought, lets go, perhaps something to compliment my love of Blade Runner?

Well its on Amazon prime now, so the cheapskate in me whirled  through this 2hrs 17 mins one evening. This film adapted (maybe the right word would be liquified) from a novel by Frank Herbert, director David Lynch tackles the dystopian far far away future of intergalactic lands. In the year 10191, a spice called melange is the most valuable substance known in the universe, and its only source is the desert planet Arrakis. A royal decree awards Arrakis to Duke Leto Atreides and ousts his bitter enemies, the Harkonnens. However, when the Harkonnens violently seize back their fiefdom, it is up to Paul (Kyle MacLachlan), Leto's son, to lead the Fremen, the natives of Arrakis, in a battle for control of the planet and its spice.

Now that paragraph is lifted word for word from Wikipedia, and this is part of the problem. Its takes geekery to a new level of detail and thus boredom. I was lost. Really lost and discombobulated. Scenes jump from one to the next. Characters progress one aspect of their plot to a different one without real explanation.

A villain who is a boil dripping pedo cannibal murderer floating warlord faces a hero played by Kyle MacLachlan who is wooden and laced with what looks like random powers that you don’t really buy into. Its mental. Like an unlikeable flash Gordon. I would like to read the novel now as apparently (...inner self now shouting  IT’S A TRAP!) its so much more and links where the director was forced to make cuts. David Lynch apparently disowned this film shortly on release due to studio interference.

I wait with baited breath what the 2021 version of Dune is. It surely cant be this much of a fail. Or maybe I'm not enough of a geek? 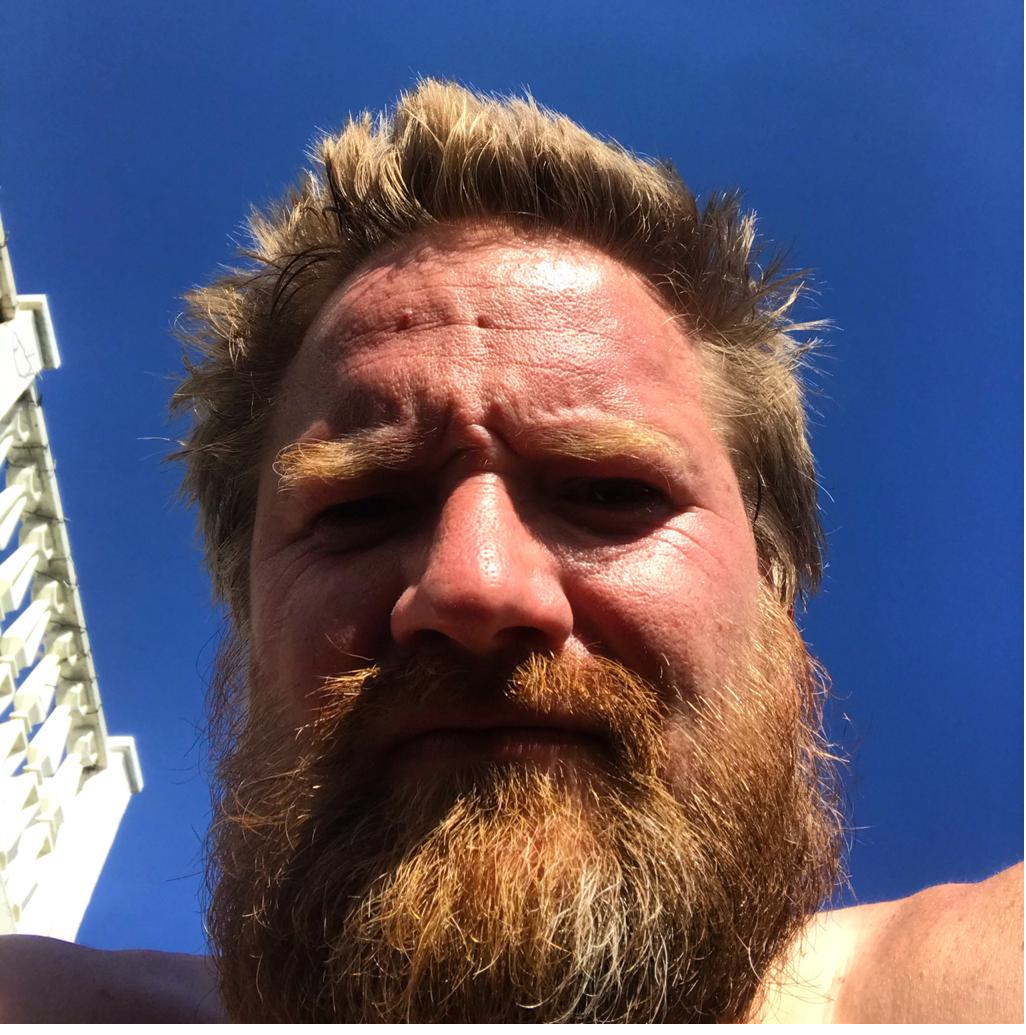 In accordance with Starfleet Order 2: Starfleet regulation against the taking of intelligent life I was brought into this world in the late 1970’s. I was dragged up on the urban bonfire of East Anglia surrounded by burning Ford Transit vans and the smoldering embers of burning Poll tax signs. I was nursed into this world by a non binary racoon. A racoon that was chosen for its superb bit part in the Great outdoors with John Candy and its opposable thumbs. “C&9+” as it was known had inherent sudoku skills over its peers, and such the rest were placed into suspended animation and awaiting for the return of my King, Demetator the 6th from the Semetiar galaxy.

I surfaced in the 1990’s on an island in the mid channel, then as an adult after serving time teaching in a local monastery I became a man of mystery and power, whose power is exceeded only by his mystery. Generally, the path of least resistance appeals. Also, I am superb at parallel parking. I'm a man with a dream. A very simple dream, mostly involving Lego and Greek yoghurt, but a dream nonetheless. I behave decently to everyone with an expectation of rewards or punishment after I’m dead. I’m not smart. I just wear glasses. I like films with words in and happy endings.